An Inside Look in the Life of a Dormitory Manager 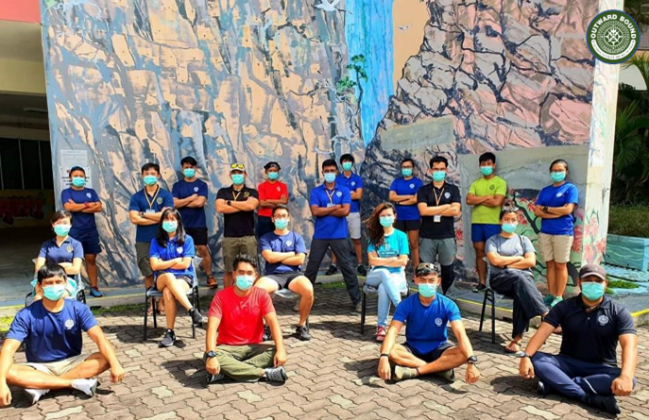 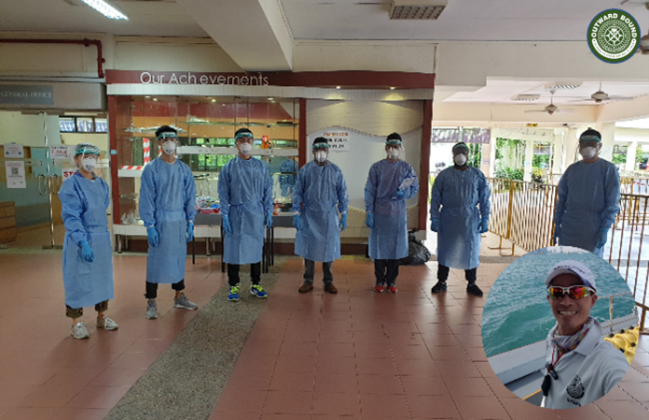 Earlier this year, Outward Bound Singapore (OBS) was roped in to be part of a Dormitory Task Force together with the Ministry of Education (MOE). This task force was formed as part of the Government's national contingency plan to control the COVID-19 outbreak in the migrant worker dormitories. This team of officers was in charge of managing the Foreign Workers Temporary Dormitories (FWTD), which were located on former school sites.

As part of the national efforts to contain the spread of COVID-19, Lead Instructors Wilfred and Nuffazli were one of the many Dormitory Managers on the frontline. They had to ensure that the welfare of the migrant workers was met, and that Safe Management Measures were in place within the dormitories to mitigate the risk of transmission. 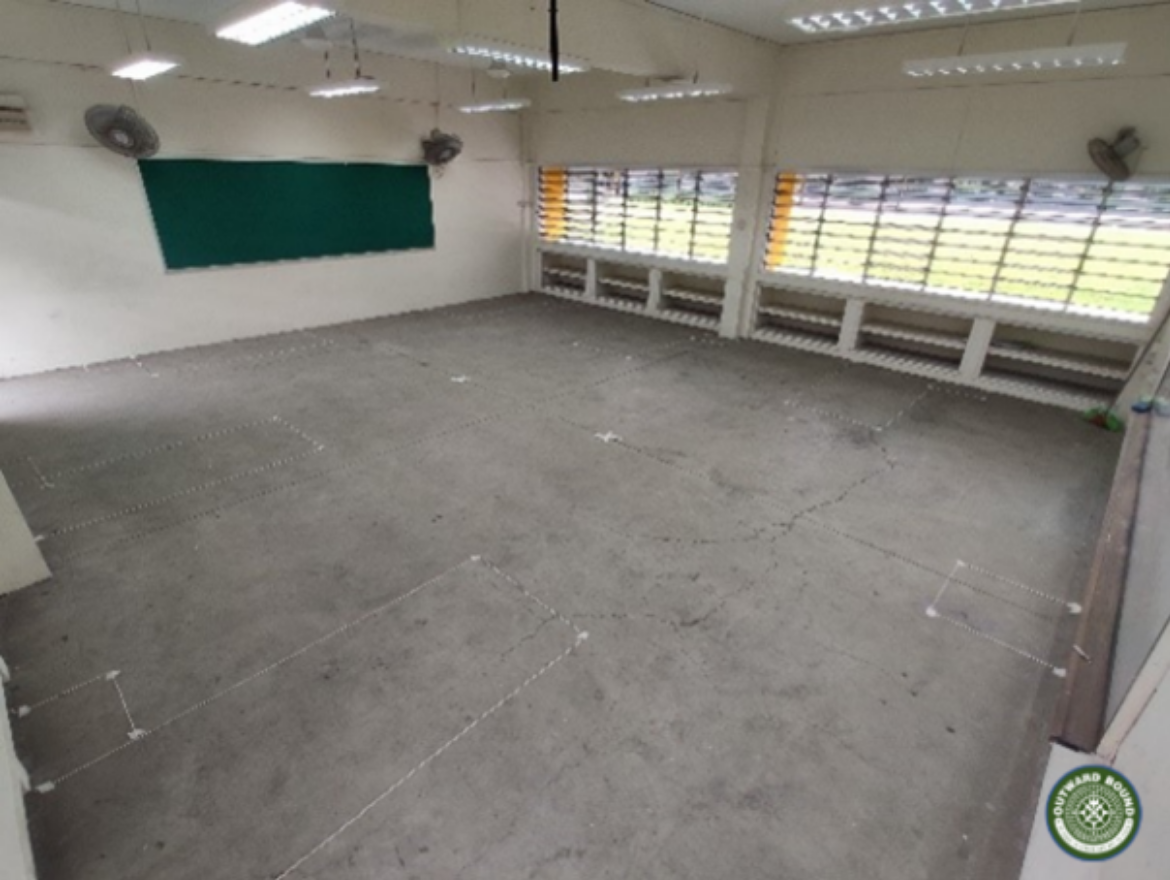 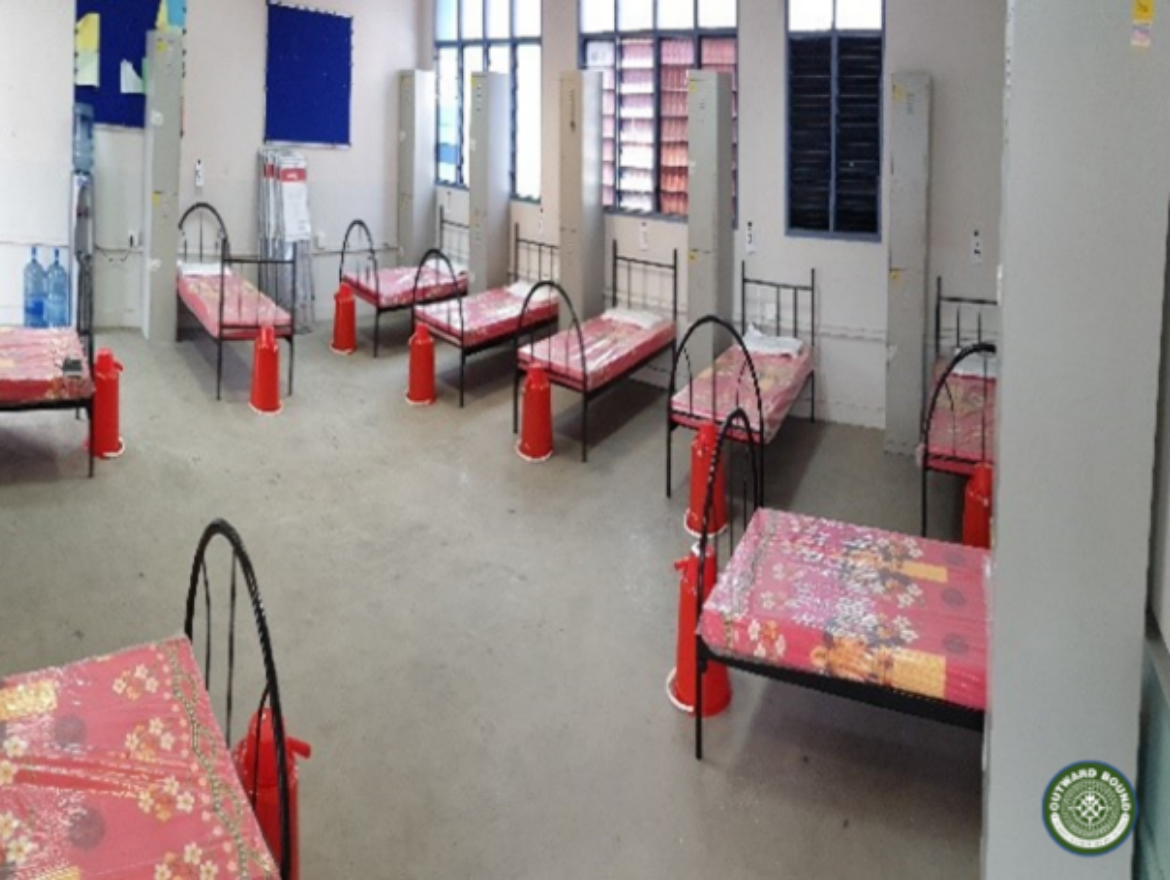 Converting a classroom (left) to a dormitory room (right)

Having been tasked to convert his alma mater’s school site into a temporary dormitory, Nuffazli described having “mixed emotions” during the whole preparation phase. He said: “You can imagine the sense of nostalgia I felt returning to a place I left 24 years ago. Within minutes, all that had to take a backseat when the MOE officers told us what we had to do to convert an abandoned school site into a hospitable dormitory within weeks.”

As Dormitory Managers, besides assisting in the setup, Wilfred and Nuffazli also had to oversee daily operational issues. Some of their daily responsibilities included but were not limited to, ensuring sufficient water supply and overseeing the security for the migrant workers. They also had to play mediating roles by managing and addressing concerns raised by migrant workers, their employers, and residents residing near the school site.

Recalling the memories of assisting at the temporary dormitory facilities, Wilfred shared that the “cumulation of work and the fruits of labour from the deployment” were the most memorable for him. He said: “Despite many uncertainties, frustrating changes, and conflicting working styles, it was nice to see the progress in the work done and the eventual handover back to MOE. It was also heartwarming to see all the instructors deployed to my team being customer-centric. The team was also able to empathise with frustrated employers, which in turn helped solve many issues that they may have with their workers.”

For Nuffazli, he shared that his most interesting encounter was helping to resolve a conflict between an employer and their migrant workers. He shared: “The general manager tried to explain the company’s financial difficulties to his workers as there were no projects due to COVID-19. However, the workers insisted on the need to send money back to their home country, which was hit by flash floods. The unhappiness of both sides was channelled to one of our team members. Hence, I decided to step in to appease both sides, and everything ended on a good note. I never thought I would feel so happy to see someone leave.” 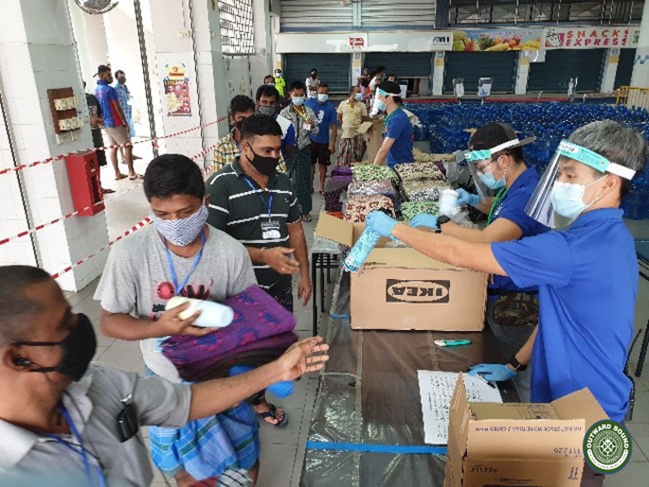 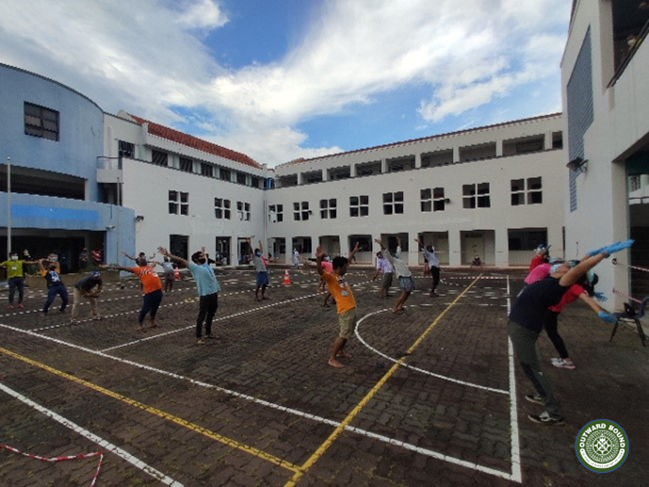 With their expertise in operations management, Wilfred and Nuffazli’s team of instructors were able to adapt and carry out their roles professionally and effectively. However, the service aspect of the OBS motto, “To Serve, To Strive And Not To Yield” shone through vividly in their actions. The teams were complimented on their desire and ability to put the interests of migrant workers first yet carry out their tasks efficiently.

Wilfred elaborated: “Other stakeholders shared with me how the FWTDs managed by the OBS team were different from the rest. They commented that while OBS had the advantage of working closely together, what really stood out was the genuine care they could feel on the ground for the migrant workers. The compliments received on the ground made the deployment worthwhile and memorable.”

As Singapore progressed to Phase 3, the restrictions on migrant workers have been relaxed and they are now allowed to return to work. Wilfred and Nuffazli have also returned to their original positions as OBS Lead Instructors with richer experiences than before. Both took home important life lessons as well – Wilfred learning how to see the big picture in making key decisions, and Nuffazli learning more about himself from self-reflection.

“A big takeaway for me from the dormitory manager experience is that we are all part of the bigger picture. Don’t expect others to think of us first. Learn to fit into the big picture,” Wilfred said. “This experience helped me in shaping my perspective as an instructor. It taught me to better appreciate myself and to be kind and sincere to others. I also learnt to stand up for things that are important to me. As the saying goes – If you stand for nothing you'll fall for anything,” Nuffazli said.

Through this experience, Wilfred and Nuffazli illustrated what it means to embody the values of OBS – the compassion to serve and the ability to put the interests of others first. They have done OBS proud by contributing selflessly to help Singapore fight COVID-19. Let’s all play our part by continuing to stay vigilant within our community, remaining united and disciplined in our fight against COVID-19!